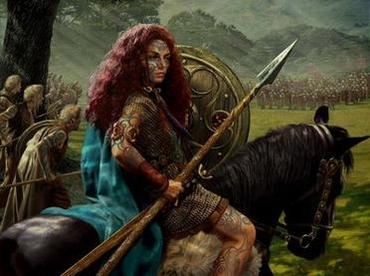 ﻿﻿﻿Boudicca, a queen of the Celtic Iceni tribe of ancient Britain, is known to history as a strong, courageous woman who led a major rebellion against the occupying Roman forces around 60 AD. This remarkable act contributed to her importance as a figure of the ancient world. Boudicca is known to us from accounts in ancient sources, such as Dio Cassius and Tacitus, who present perspectives of her that show clear pro-Roman and anti-female bias. This i﻿s a significan﻿t problem regarding evidence that must be add﻿ressed in order to reach an impartial view of Boudicca.﻿
﻿ 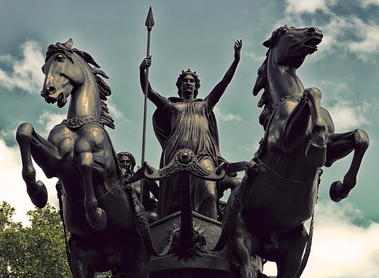 ﻿Throughout time, Boudicca has become a cultural symbol of British society, used for a variety of purposes. To make an assessment of Boudicca's significance as a ruler of Britain and judge her impact on later generations of females, it is necessary to analyse her background, the significance of her role in the revolt against the Romans and its outcome. Ancient and modern sources will be considered to make judgments about her impact on British history.﻿

The Iceni were located directly to the north of the Trinovantian region and at the taking of the former kingdom of Cunobelinos, the Iceni had come to terms with Rome. Under their king, Prasutagus, the Iceni maintained a status of allied kingdom to the Roman province, and the Iceni remained a powerful tribe, which war had not weakened.

Boudicca was married to Prasutagus, ruler of the Iceni people of East Anglia. When the Romans conquered southern England in AD 43, they allowed Prasutagus to continue to rule. However, when Prasutagus died the Romans decided to rule the Iceni directly and confiscated the property of the leading tribesmen. They are also said to have stripped and flogged Boudicca and raped her daughters. These actions exacerbated widespread resentment at Roman rule.

88 - 400 AD
The Romans begin to leave Britain due to the fact that they were being attacked by many different barbarian tribes.

﻿﻿500 ﻿﻿
British warlord Ambrosius Aurelianus commanded the victorious Britons at the Battle of Mons Badonicus. The story of King Arthur dates from this period.

The YouTube clip above is an interesting documentary portraying the war between the Roman's and the Iceni in thorough detail. It explains Boudicca's significance and her amazing leadership, in regards to the revolt to Roman Rule.